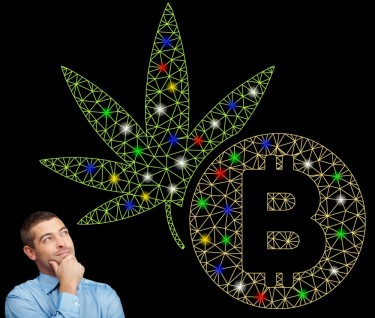 In a world where everyone is looking for a way to better their previous achievements, the choice of what to invest in is a really big one. If done properly, you have hit a gemstone but if proper care and calculations are not done, a downward spiral might just be on the way. This is why it is important to know the facts before committing to any investment opportunity. Sit back and read on as we analyze which is the better investment at the moment, cannabis or cryptocurrency.

Cryptocurrency has been around for a while now but we can tag its major rise to 2017. It saw the birth of the bitcoin craze when the cryptocurrency started the year at $1,013.13. By December of that same year, it hit $18,900 before it dipped to $13,422.72 on December 31. Since then BTC and other cryptocurrencies have been a huge part of society which has made it a very lucrative investment choice for many. With more public awareness, cryptocurrency is bound for an all-time high however, does this make it a better investment choice ahead of cannabis?

Cannabis has been around for quite some time in human history as it has been used in different cultures around the world for different reasons. Largely loved for its euphoric effects, the natural herb also has a host of medicinal applications too. These medicinal applications of cannabis have therefore increased the acceptance of the herb and use for different ailments. It helps stem out the long-standing period of criminalization suffered by many on the account of the herb. It also opened up legal markets which have made cannabis an investment option today.

The growth of cannabis stocks began in 2018 with the entrance of two cannabis companies in the New York Stock Exchange. Cronos and Canopy Growth following legalization were allowed into the New York Stock Exchange at the beginning of 2018. By March 2019, Cronos had recorded an astronomical 200 percent increase while Canopy Growth also recorded a huge growth by 50 percent. The easing of regulations and legalization in different states also allowed other companies to be listed on various stock exchanges. This opened up the opportunity for an increase in operations in the marijuana industry. It also made cannabis a worthwhile investment opportunity for those willing to take the bold step.

Cryptocurrency is definitely not where it used to be a few years ago. Time has offered its space to grow into the minds of many and has seen different people in different parts of the world open up to its use. This reality, however, has been the same for cannabis but dare I say even to a better degree. The growing acceptance and decriminalization of cannabis have seen the opening of different legal markets across the US. More states are opening their borders for medical and/or recreational marijuana which is helping to increase the stake of the industry.

Despite the fact that cannabis is still scheduled as a Schedule 1 narcotic drug by the FDA, the industry continues to thrive. The presence of a new administration that is more cannabis-friendly in President Joe Biden is also bound to help in the growth of the emerging industry. Though presently fragmented, the structure of the cannabis industry makes it a viable investment opportunity that will be around for a long time. The emerging-market has already been blessed by strong partnerships within the industry. Examples are Constellation Brand and Canopy Growth, and Altria, a leading tobacco and cigarette producer, and Cronos.

The major aspect of cannabis that is to be thanked for its growth is the medical application of the plant. With increasing research into the use of the plant and its cannabinoids, stocks of cannabis firms continue to rise as more stakeholders are involved. Cannabis has recently been researched for special ailments such as arthritis, epilepsy, depression, and even Alzheimer’s disease. A breakthrough in research involving Alzheimer’s is sure to do wonders for the cannabis industry and those invested in it.

The presence of these growing medical applications further makes cannabis a better investment than cryptocurrency. This is because the continued expansion of the cannabis market shields the industry from fluctuations that are common to cryptocurrency. These fluctuations make investors very cautious and make a stable environment like cannabis a better investment choice. Signs are already looking positive as firms like GW Pharmaceuticals already have approved CBD based medications such as Epidiolex.

A Wide Array of Cannabis Products

Following the growth and development in the industry, the diversity in the industry also helps investors see the opportunity in it. The cannabis industry has space for different types of products such as beverages, edibles, concentrates, and other product forms. This diversity further helps to increase sales in an industry that has already doubled in the past 4 years. Prediction already sees the cannabis industry tripling by 2024.

With such an accelerated growth pattern, you can be sure that cannabis stocks are a better investment than cryptocurrency right now. The growing sectors within the cannabis economy already show that it is here to stay. Cryptocurrency is even projected as one of the digital payment platforms to be inculcated into the industry.

Though both cannabis and cryptocurrency show good promise, cannabis will have to take the edge on being the better investment choice. The moves made in the industry already project legitimacy and assurance that investors need when seeking to commit to projects. Cannabis is sure to outpace cryptocurrency and with the opening of more legal markets, it can happen sooner than projected. 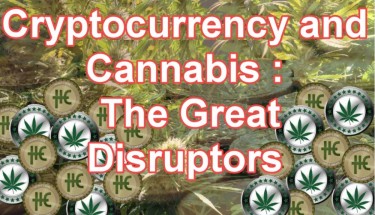 CANNABIS AND CRYPTO, THE GREAT DISRUPTORS IN HISTORY! 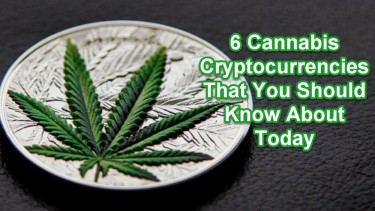 CANNABIS CRYPTOCURRENCIES YOU SHOULD KNOW ABOUT TODAY!